A downloadable game for Windows, macOS, and Linux

NOTE: This is a demo., it only includes lessons 0 and 1. The full game will be out later.
ALSO NOTE: There is an option to unlock all levels, so you can still play even if you're not interested in learning hiragana.

Neo Gensokyo, 2026. Basketball is illegal. The B-ball Removal Department works tirelessly to root out any remaining playas, ballers, and rebels.

But there are rumors of a certain group, a so-called "Baller Army", led by the legendary warrior Reimu Hakurei, that's training to take the fight to their oppressors.

They use less powerful, untraceable versions of true b-balls. Yes, the same weapons the Department uses, Hiragana Balls, or H-Balls.

"The Newbie" appears at Reimu's secret court. A bald teenager of indeterminate gender and origin. They don't speak much, if at all, but Reimu takes them in, as she needs all the help she can get.

With the help of her new master, the Newbie is trained in the art of hiragana, self defense, and b-ball.

You might just be a newbie yourself., and if you're up for it, you can train alongside her. Learn hiragana, from zero to hero, in this self contained course. Includes classes, practice, vocabulary, and a kickass story about the power of b-ball and friendship.

Special Thanks:
The Tugajammers
You, for playing

All other music: Wingless Seraph / YouFulca

I want to drink Reimu's sweat

9.9/10 very helpful but not enough swears

Very cool project, love how it actually teaches about the writing system instead of just describing it, goes deep compared to most other learning materials that aim to be entertaining.

Plot is stupid, which is totally fine considering it's not in any way the focus of the game, but for the love of god please consider making the intro easier to swallow. Main issue right now with the setting is Reimu not actually being Reimu at all, just acting like a rude asshat with some Wikipedia pages memorized. It seems like the Touhou stuff was just added to bring the nerds in instead of it being an integral part of the project.

Art is simple, charming, and fits the game perfectly, but the main character looks like (and probably is) a placeholder.

About the game itself, it would be cool if each lesson in the selection screen had a little description of what each teaches, it'd make it less of a pain if you want to review stuff. I can't really say much about the minigame itself since it's the very first one and is supposed to be simple, but I'm expecting the next levels to be more interesting, maybe have some balls bouncing and some effects or whatever.

Overall a fun idea with some interesting approaches, I'm looking forward to the next updates. Tone it down with the swearing Jesus FUCK. 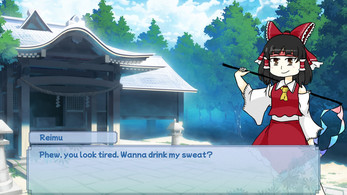 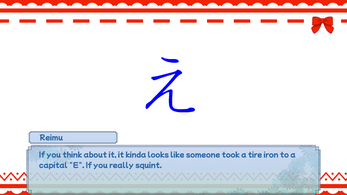 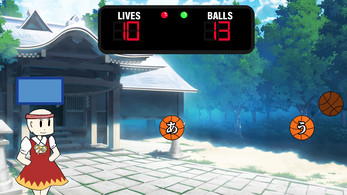 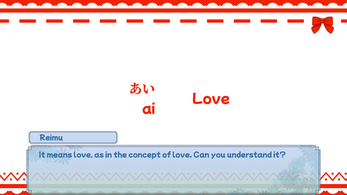 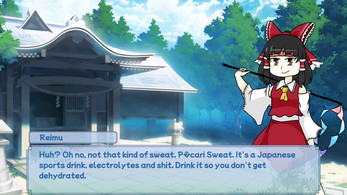